Its Roar Awoke the Sun
Niagara Falls
Taken 2/20/2015
I took 2 days off work last week and we went to an indoor waterpark in Niagara Falls, ON.  On Friday morning I planned on getting up to shoot the sunrise right at the edge of the Horseshoe Falls.  Thursday was unbelievably cold out so I wondered about wether I’d actually be able to handle the elements for more than a few minutes with nothing between me and some of the coldest breath Mother Nature had to offer!  Well I decided it was not an option to pass up on this rare opportunity so I set the alarm!  When I got to the van it showed -8 as the current temp.  I shivered while it warmed and suddenly realized I had a problem.  Being the non plan-ahead type I didn’t have my gloves…  They were in the hotel room with the sleeping family.  I’ll be fine I said.  Well, the wind chill was around -38 and let’s just say my hands still burn a little under hot water from the slight frostbite.  Never again will I make that mistake.  I probably could have stayed another 10 minutes otherwise.  That being said I got a bunch of cool shots to share since while I was doing these long exposures I had my wife’s camera (better than mine).

This is a 51 second exposure with ISO400 24mm f/8.0 using a B+W 10 stop ND filter.  The ND filter was put on in the car since I knew it would be too cold to screw it on.  This meant I couldn’t auto focus or see anything to manually focus, but luckily infinity worked great.
Hope you like! It’s Roar Awoke the Sun by Michael B. Stuart on 500px

I recently had the honor of having one of my photos featured by an Instagram account “Bridges Around the World”.
Much to my amazement it received over 500 likes!

For my birthday I was given tickets to “Nights on the Concourse” at Buffalo Central Terminal http://buffalocentralterminal.org/. The event was May 8th so we got a babysitter (aka NaNa) and set out for an adventure. This tour allowed tripods which was a big part of my interest in doing this. The terminal was amazing and the volunteers were friendly, knowledgeable and very helpful.

We arrived a bit late after hitting up Pearl Street Grill first.  You heard me say we had a babysitter right? We walked right in, put on a provided hard hat and proceeded to take some pictures of what our eyes were WOWED by!  This place is awesome.  It’s built a story up so the luggage was dropped off and people only had to walk downstairs to get to their trains.

There is a “Trolley Lobby” (Picture #2) that was never used!  Once the mafia of the time found out it was built, they blocked it’s use due to the possible loss in profits for their Taxi service.  They threatened zero workers for the facility once opened. 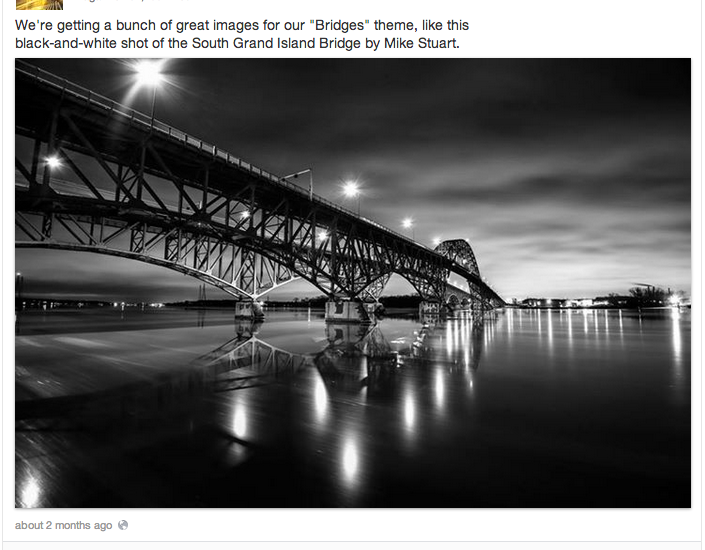